Thank you very much for the email and press release.

I would particularly like to find out if the new Road Safety Minister considers it a priority for the government to achieve far more emphasis on the provision of safe, high-quality, separated cycling infrastructure for cyclists in the UK.

In the Cycling Embassy of Great Britain we consider that this will be the only effective way of reducing the distressingly high casualty rate of cyclists on our roads. Eighty-seven have been killed so far this year, and four in one day, the 5th September. We consider this is not a problem that can be addressed merely with publicity campaigns calling for better behaviour from road users. Most of our road designs are highly outdated and constantly force cyclists and motor vehicles into conflict, in sharp contrast to the road designs of many of our continental neighbours, particularly those of the Netherlands, Denmark, Sweden and Germany, where the issues around accommodating much larger numbers of cyclists than we have here, more safely, have been effectively solved.

We would therefore be very interested to find out how the minister regards this issue, and what plans he might have for addressing it. The Cycling Embassy of Great Britain, which is dedicated to identifying and sharing best practice on cycling infrastructure, would very much like to work with him on practical solutions. 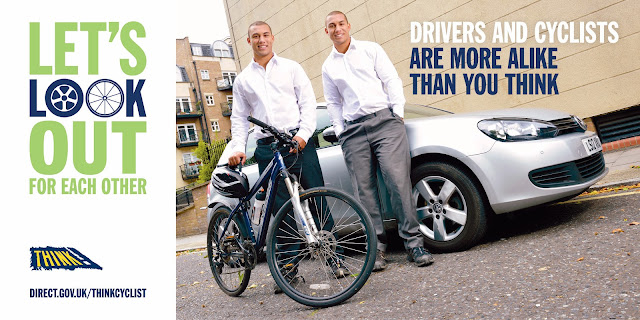